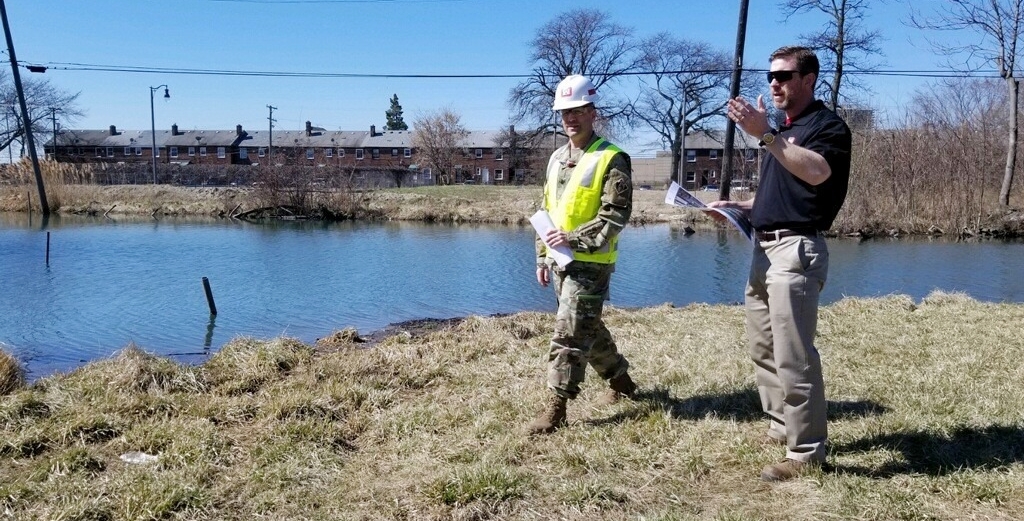 It's a busy spring for Army engineers in Detroit. In addition to overseeing setup of a 1,000-bed field hospital at TCF Center downtown, the corps has a lower-profile mission in two east-side neighborhoods.

The focus there is water, not a virus.

The Army Corps of Engineers' local district is "working diligently to help the City of Detroit and State of Michigan protect our communities from historically high water levels," Lt. Col. Greg Turner says in a news release. 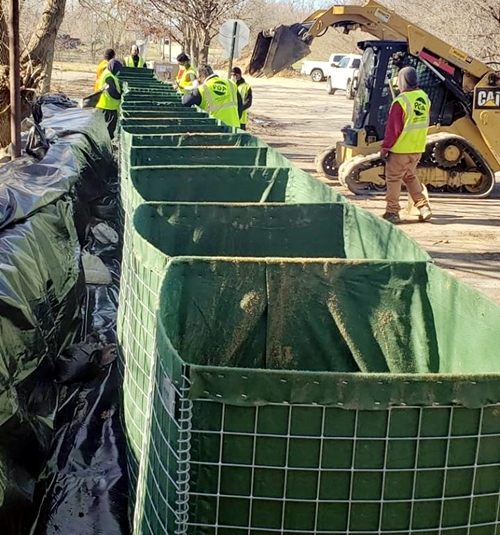 Wire-strengthened bins are filled with sand this weekend to reinforce a Harding Canal levee.

Under a new agreement, the military branch "will provide direct assistance to the City of Detroit in the Jefferson-Chalmers and Jefferson Village neighborhoods" to keep river canal water off streets and out of basements. Engineers will build a levee, as well as proving technical advice and materials for city crews to install.

The mayor's administration and state officials asked for help because "current high water levels on the Great Lakes, along with forecasted spring rain, [jeopardize] known flood-prone areas in the city," according to the release.

The Army Corps will provide what it describes as "wire mesh sand-filled basket walls and sandbag sleeves" for the city to install and maintain.

"The Detroit District will also construct a temporary levee approximately 1,500 linear feet long around the Harding Canal in the Jefferson Village area." its announcement says. Work begins soon and is expected to be done by early May.

The flood control measures being taken are to protect the region's waste water treatment plant from becoming overwhelmed. The city's combined sewer system collects storm water, including flood water, into the sewer system, which is then carried to the treatment plant.

If the plant were to become overwhelmed during a flood event, it could cause a backup of sewage into basements in the area. 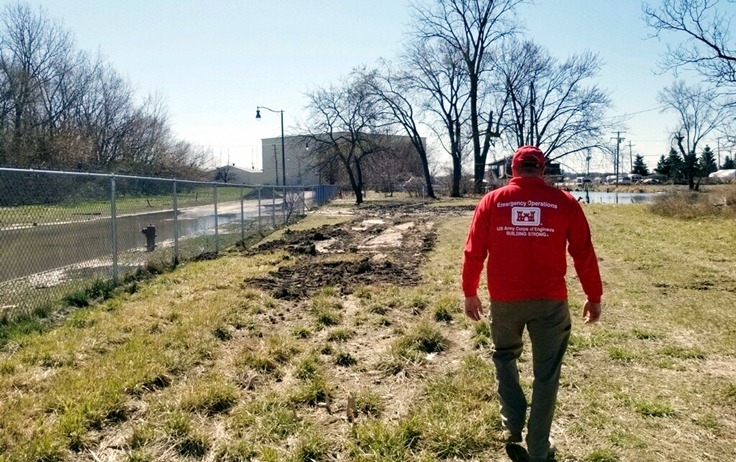 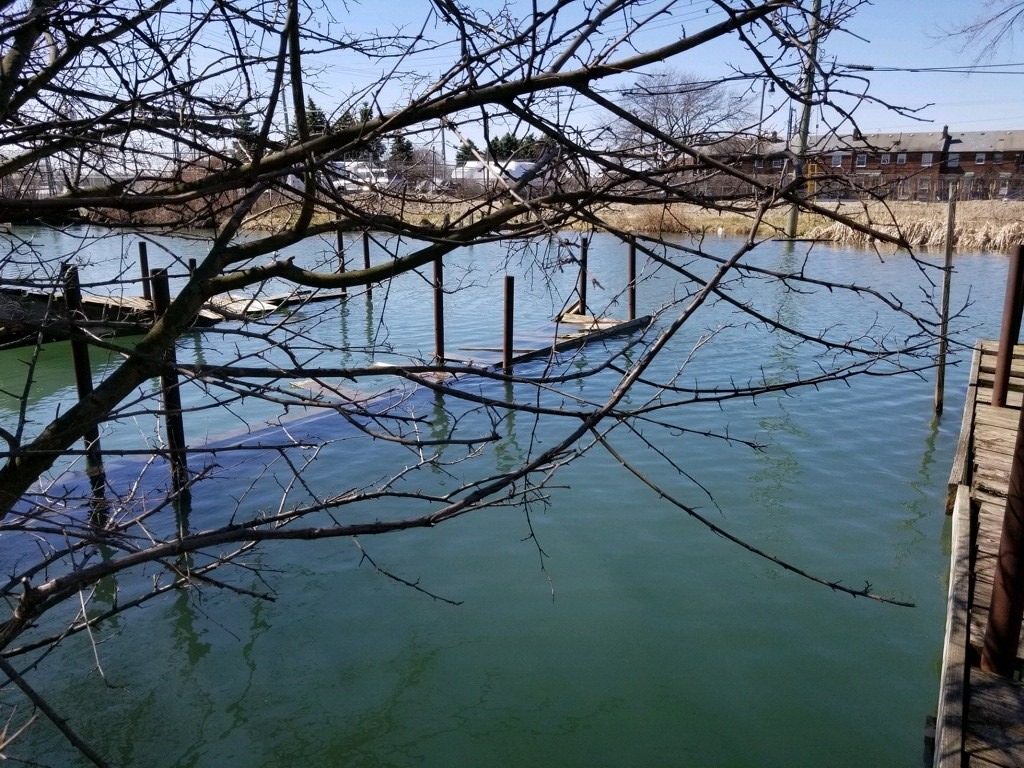