LeDuff: It feels like 2013 in Detroit -- Kilpatrick's still guilty, but free 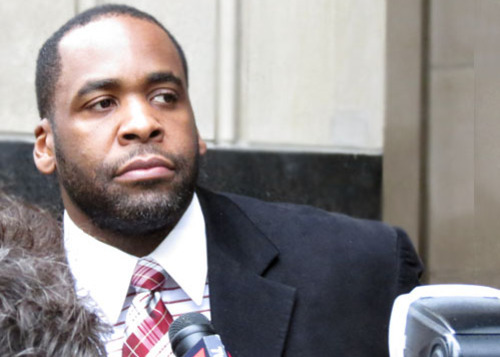 Kwame Kilpatrick is free and in the headlines after a midnight-hour commutation from the outbound train wreck known as Donald J. Trump.

Kilpatrick, 50, who served seven years for a racketeering and bribery scheme, never admitted guilt or apologized for bilking the people of Detroit.

“This commutation is strongly supported by prominent members of the Detroit community,” said the White House in an issued statement. “Mr. Kilpatrick has taught public speaking classes and has led Bible study groups with fellow inmates.”

It should be pointed out that Donald Trump granted Kilpatrick a commutation, not a pardon, meaning Kilpatrick is still guilty of his crimes, but won't serve the remaining 20 years on his sentence.

And it should not come as no surprise. Trump excused a platoon of criminals and creeps during his tenure, including political hit man Roger Stone and Rod Blagojevich, the former Democratic governor of Illinois who was released by presidential decree after serving just seven of a 14-year bid for public corruption.

“The punishment did not fit the crime, if there was a crime at all,” said wealthy businessman Pete Karmanos, by telephone.

Not the Only Ghost

But Kilpatrick isn't the only ghost of 2013 still haunting the public mind. 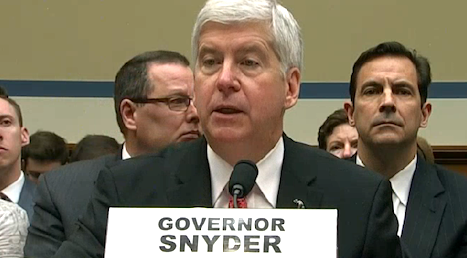 There is former governor Rick Snyder, charged last week with willful neglect of duty in the Flint water crisis that left dozens dead and thousands poisoned. That whole deal was set in motion back in 2013, and to this day, not a single person has done a single day in jail.

While Snyder has repeatedly apologized for the debacle, he pleaded not guilty last week to having any knowledge that the water was dangerous and killing people.

In the meantime, Dave Massaron, the bond attorney who put the Flint financing scheme together, was hired last month – ahead of Synder's charges -- by Gov. Gretchen Whitmer. Massaron is now the powerful state budget director. To date, he has not been charged in the Flint matter.

Massaron's benefactor is Mayor Mike Duggan, running for re-election this year. As with Massaron, Duggan was a heavy influence in the making of Kwame Kilpatrick, offering him advice and fund-raising help throughout his career.

“Kwame Kilpatrick is a person of great talent who still has much to contribute,” Duggan said Wednesday in a statement. “This is a decision President Trump got right.”

Back in 2013, Duggan was a write-in candidate for mayor against Benny Napoleon, who died last month from Covid-19.

Napoleon, a longtime Detroit politico, branded Duggan in 2013 as a crook for, among other things, faking a turnaround at the Detroit Medical Center. The system, skippered by Duggan, paid a $30-million fine to the federal government for fraud and kickbacks involving public money.

Since winning election and re-election, Duggan has gotten himself a pair of federal grand jury investigations for the abuse of federal money involving the city's demolition program. It grows increasingly doubtful that charges will come in that four-year probe.

Today as then, Detroit crime is at unlivable levels. Unemployment was 16 percent in Detroit in 2013, the year of bankruptcy. Today, Detroit's jobless rate hovers around 19 percent. Like then, a pension crisis is looming. Public safety unions have not negotiated new contracts, and it is doubtful that tax receipts will rebound once the Covid pandemic clears.

Trump wielded his pen, and just like that, almost nobody in Detroit is talking about Biden's return to the White House.

Kilpatrick, still guilty. But free. Same as it ever was.