Jeff Hayner, one of Ann Arbor's city council members, regrets sharing a quote online this weekend with a vile F-word (not that one.)

"As a semi-public figure, I should be more careful and considerate of what I post," he says in a follow-up late Sunday after Facebook deleted a media-slurring excerpt from "Fear and Loathing in Las Vegas," a 1971 book by the late journalist Hunter S. Thompson. Hayner's three-sentence post began "The press is a gang of cruel fa----s," with the homophobic slur spelled out. (A screenshot captured by a council critic is below.)

A pair of fellow Democrats on the 10-seat elected body call him out Sunday. "This quote, which utilizes a highly offensive homophobic slur, is extremely problematic and unbecoming of a Councilmember," Travis Radina posts Sunday on the same social platform. "It is 2021. Ann Arbor deserves better. Our LGBTQ community deserves better."

Jen Eyer, elected last November, comments: "Thank you for speaking out. ... I stand with you and with our LGBTQ community."

Hayner, a first-term member elected in 2018, strikes a defiant tone in his online response. "Much political hay is being made over [the] post," he begins, adding:

I understand that the language in the quote is considered offensive by many, especially so when taken out of context of the book, and the original thread. ... To be clear, those were not my words. That language doesn't define who I am, who I have been, or who I will be. 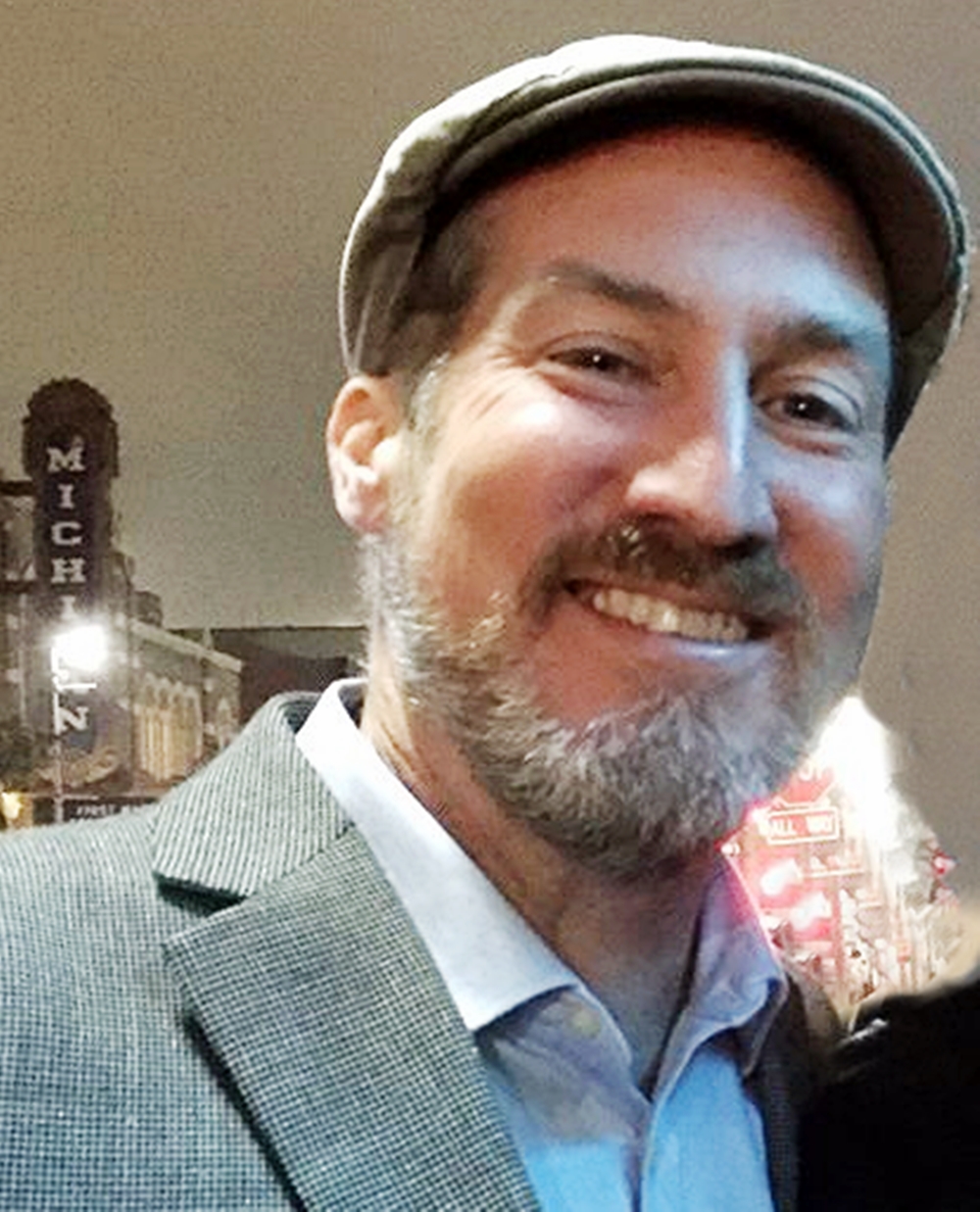 Jeff Hayner: "No one can tell me how to feel about a biased press." (Photo: Facebook)

He doubles-down defensively in a reply on his thread:

Any of my council colleagues could have picked up the phone and called me to express their displeasure. ... Instead, they amplified the offensive language by passing it around on social media, making FB posts about it and generally using it as an excuse to bash me before even speaking to me about it.

I get it, distraction works. But no one can tell me how to feel about a biased press. Better would have been for me to share screenshots of [Ann Arbor News reporter] Ryan Stanton texting me to suggest I was mentally ill and should seek help. That's the kind of respect he gives some elected officials.

The councilman, whose term runs until November 2022, also is unrepentant in an interview with University of Michigan journalist Julia Rubin:

He defended his use of the slur while repeating it in a phone interview with The Michigan Daily Sunday night. ... Hayner said he does not apologize for posting the comment and thinks his language should not be considered offensive since it was contained in a quote.

In his earlier reaction, Radina posts an eight-paragraph email he sent to Hayner, with copies to their eight fellow members. Excerpts:

You shared a disgusting and severely inappropriate quote on Facebook disparaging journalists. ...

The thoughtlessness and disregard you displayed for our LGBTQ residents in sharing such a quote is extremely concerning and hurtful. In 2021, LGBTQ residents – especially LGBTQ youth – in one of the most progressive cities in Michigan should never be subjected to elected officials cavalierly utilizing homophobic slurs to insult their perceived adversaries or to advance a political point of view. It is disappointing. It is harmful. And frankly, it makes me question the sincerity of your supposed support for the LGBTQ community. ...

You owe a full and unwavering apology to our community, but especially to the LGBTQ residents who are harmed by the amplification and validation of such blatant homophobia and hatred.

One of Hayner's constituents, John Palladino, reacts this way on Radina's thread: "Thank you for posting this. My husband and I live I his precinct and can't wait to vote him out of office."