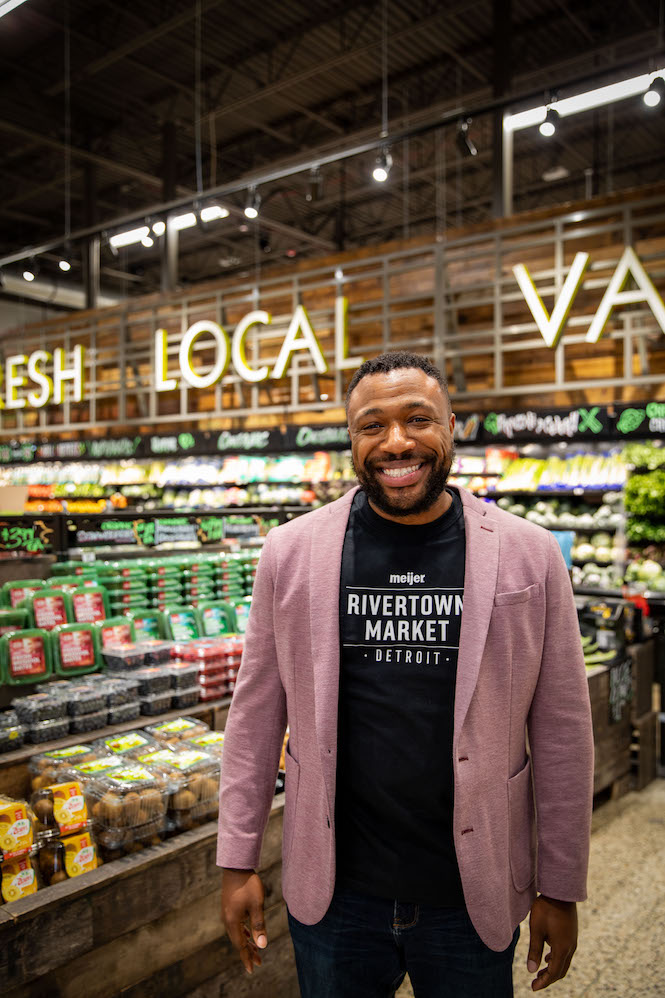 Marcus Reliford: "It feels good to be home." (Photo: Meijer)

This is Mudgie's second location, adding to its 13-year-old Corktown flagship. The store -- Meijer's third in Detroit -- is just east of Renaissance Center.

The 42,000-square-foot store, slated to open later this year, will be run by Detroit native Marcus Reliford, who joined the company last year.  He lives three blocks from the store.

“I grew up on the west side of Detroit as a kid, and came back recently to help give back and contribute to my community and city,” Reliford says in a press release. “This is our first store in downtown Detroit. There’s no one who wanted this job more than me. It feels good to be home.”