Billionaire Eli Broad, Who Gave Generously to MSU, Dies at 87 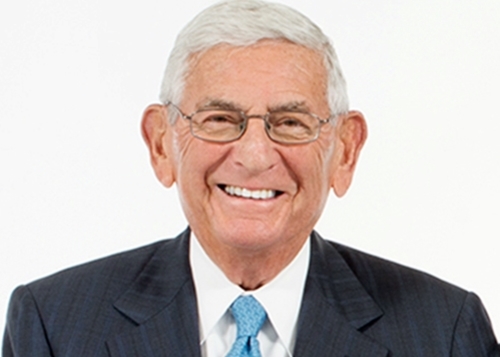 Billionaire philanthropist Eli Broad, a Michigan State University alum, who donated tens of millions of dollars to the school, died Friday at Cedars-Sinai Medical Center in Los Angeles  The New York Times reports. He was 87.

Broad, who died after battling a long illness, made his fortune in the home-building and insurance business. The Times reports he donated significant money to make Los Angeles one of the world’s cultural capitals.

He also gave generously to Michigan State, as the Lansing State Journal reports:

MSU's graduate and undergraduate business program are named for the 1954 graduate. So is the Eli and Edythe Broad Art Museum.

The couple donated a total of $33 million to build and equip the museum.