James Craig takes another swing in his warmup campaign to unseat Gretchen Whitmer. 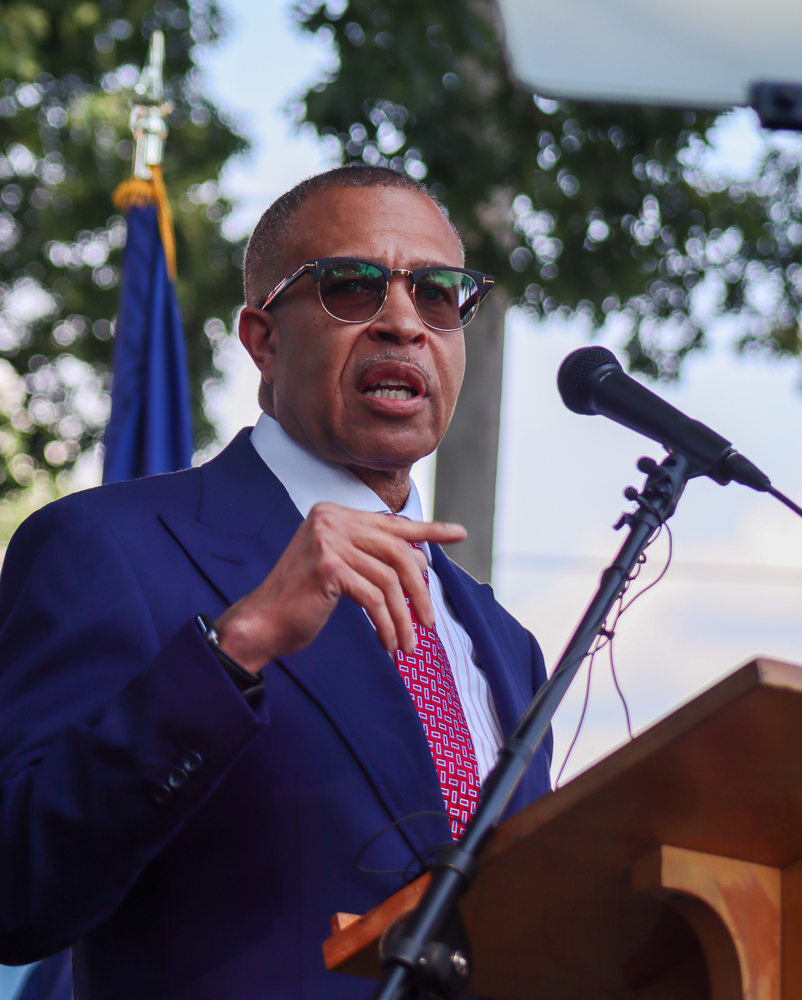 "Democrat policies had children sitting at home [during the pandemic], rather than going to school," says the Republican, who took off his Detroit police chief badge last month and plans to declare his 2022 candidacy Wednesday night on Tucker Carlson's Fox News show. He spoke Monday to about 80 people at Kent County Republican Party offices in Grand Rapids, deriding the governor as "Queen Gretchen," according to Craig Mauger in The Detroit News.

He criticized Whitmer's handling of a surge of unemployment claims and said Democratic policies had hurt young people by canceling in-person classes during the Covid-19 pandemic. ...

"You can't change the world sitting at home in your pajamas getting free money, waiting on Queen Gretchen to issue her royal decree." ...

Craig's largest applause line Monday came when he criticized some Democrats for pushing to "defund" the police.

The 64-year-old political newcomer, who left through a back door, declined to take questions from journalists.

The ex-lawman's first speech of his pending campaign was two weeks ago in Jackson, where he called for unity within the party and emphasized his support for law enforcement, the armed services, firearm rights, abortion restrictions, private school vouchers and self-reliance.