Detroit's mayor scores 3-0 in newspaper votes for his re-election this year.

Mike Duggan's streak, which started July 4 when the Free Press praised his "deep experience," is extended Tuesday by The Detroit News and Michigan Chronicle.

Three-quarters of The News' paywalled editorial is posted at his campaign site with a link to the full version and this note: "It is only available for subscribers, but don’t worry most of the article was posted here already."

We share a smaller excerpt (one-fourth of the text) and part of the Chronicle's endorsement: 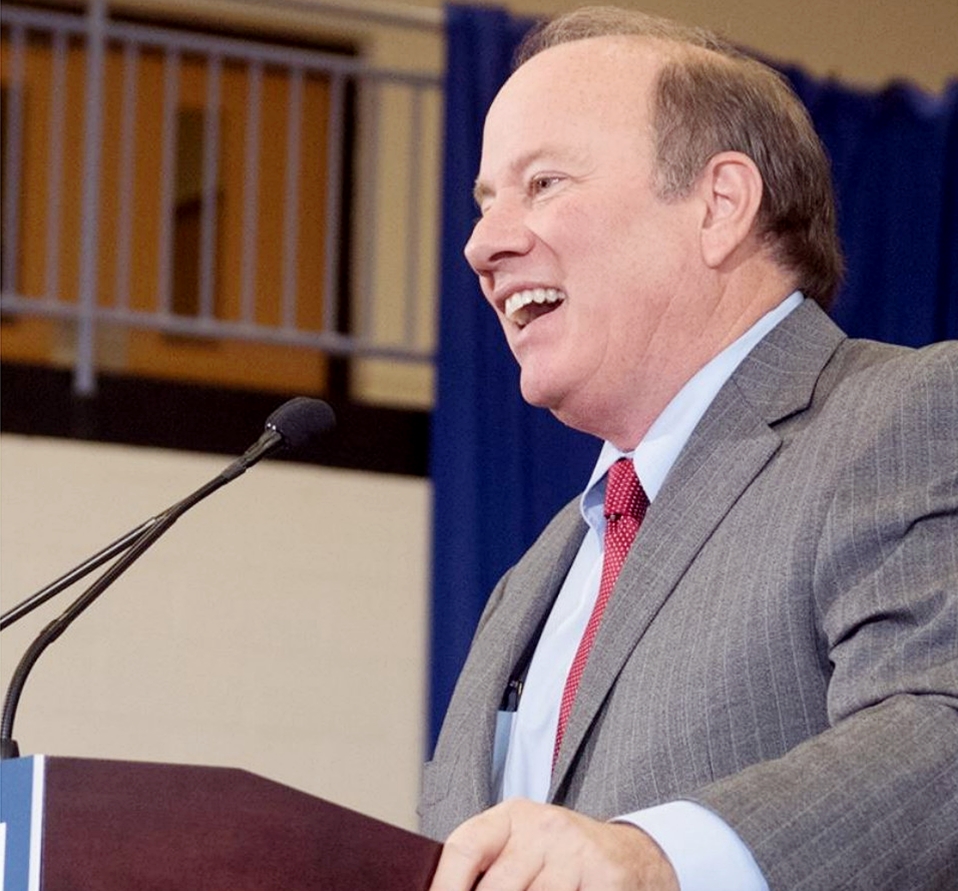 The steady progress Detroit has made under Duggan's tenure is enough to recommend keeping him in place. He's stabilized the city and set it on course for future growth.

... [He] certainly has a stronger strategy and vision than any of those running against him on the primary ballot. He has kept the city's budget balanced since it emerged from insolvency while still managing to invest in major initiatives.

... Criticism that Duggan has neglected the city's neighborhoods is unfair and untrue.

Neighborhoods throughout the city are getting the first attention they've received in decades. He has used public/private partnerships to raise investment dollars to rehab housing and restore business strips. And he's put in place programs to help residents stay in their home, or buy new ones.

... Mike Duggan, with his performance and accomplishments, has earned the nomination for another term. 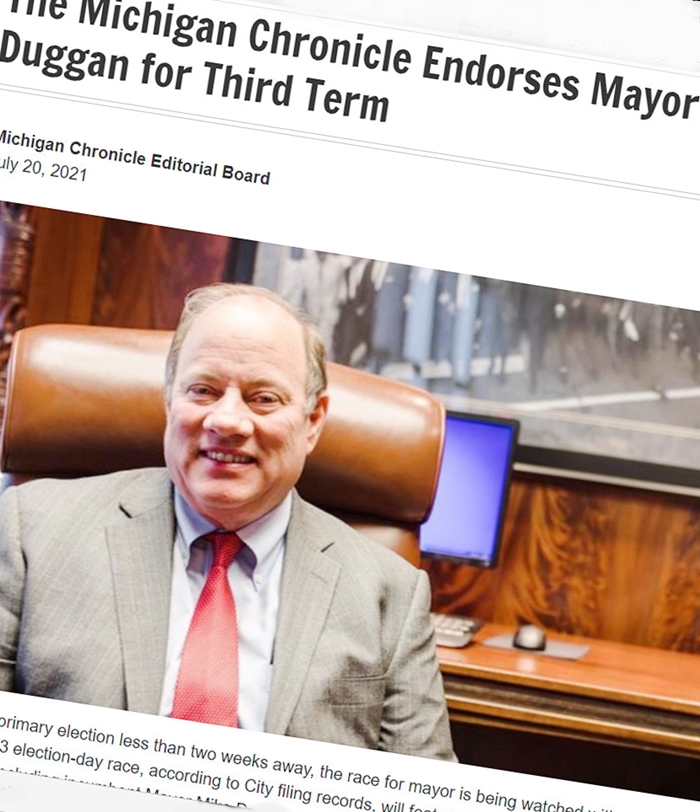 [Anthony Adams] is an impressive candidate with a sound platform for Detroit.  However, the Chronicle doesn’t believe it's enough compared to Duggan's experience and proven track record of moving the city forward in challenging times.

And the challenges won’t get easier as Duggan shepherds Detroiters through the present pandemic and the violent crime increase.  Duggan must find ways to increase the city’s tax base, assure Detroiters have access to economic opportunities and continue to create affordable housing and the overall beautification of all city neighborhoods.

The Chronicle believes that Duggan can and will lead the city and its citizens that are overwhelmingly Black through the tough times ahead. We feel that he has assembled an administration that is not only diverse in ethnicity and gender, but is talented and committed to moving the city forward in the face of challenging times.  Of the mayor’s top fifteen administration positions, ten are held by African American men and women.  Of the five women on his top administration team, three are Black.

... The Michigan Chronicle is endorsing Mayor Mike Duggan to serve a third term as the city’s top elected official, with a mandate to continue the city’s success stories but fix the glaring problems Detroiters face daily.