The story of the 16 fake electors who tried to submit documents affirming a vote for Donald Trump in 2020 keeps getting weirder. 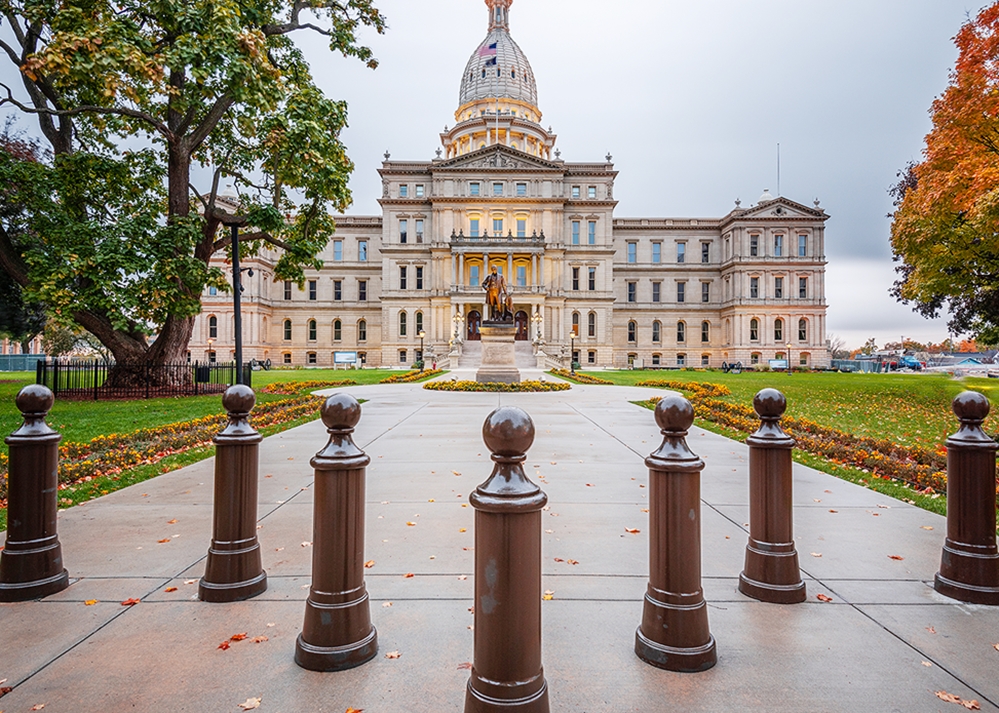 The scene of the alleged crime (File photo)

Now two of them say they weren't even sure what it is they were signing during a secretive basement meeting featuring cupcakes, coffee and a couple of potential felonies.

The Detroit News reports on the scheme, allegedly dreamed up by attorney John Eastman, who was pushing a plan to overturn the election. Part of the plan called for key swing states Joe Biden won to have "alternate" slates of electors submit documents claiming Trump, not Biden, was their choice for president:

(Michele Lundgren of Wayne County) said she was not given the opportunity to read the full certificate that was eventually submitted to the U.S. Senate and the National Archives.

That document — an attempt to reverse Democrat Joe Biden's 154,000-vote victory — falsely stated that Trump had won Michigan's 16 electoral votes and that the Trump electors had "convened and organized in the state Capitol" at 2 p.m. on Dec. 14, 2020. In fact, the Trump electors had been blocked from entering the building, where Michigan's electors were meeting to cast votes for Biden.

The paper she signed, said Lundgren, 72, "featured little information and only spots for the 16 electors' names."

John Haggard, another Trump elector from Charlevoix, contended he had a First Amendment right to sign the false electors certificate and said he still believes Trump won Michigan's election. But Haggard acknowledged that he had merely "scanned" the certificate to which he added his name.

"Did I really read it and understand it?" the 81-year-old said. "Probably not."

The document was signed by prominent party officials and officeholders, including Stan Grot, Shelby Township clerk and Meshawn Maddock, co-chair of the Michigan Republican party.

Signing the document was not a crime, but submitting it to the National Archives may be, according to Attorney General Dana Nessel. Speaking to Rachel Maddow during her MSNBC show, Nessel said she had referred the case to the U.S. attorney's office for the Western District of Michigan.

"Under state law, I think clearly you have forgery of a public record, which is a 14-year offense, and election law forgery, which is a five-year offense," Nessel said during the appearance.

The Michigan fake electors have been subpoenaed by the House committee investigating the January 6 riot at the U.S. Capitol.