An unclear number of Michigan Republicans who falsely presented themselves as official electors for then-President Donald Trump were subpoenaed Wednesday by law enforcement officials investigating the January 6 attack on the U.S. Capitol. 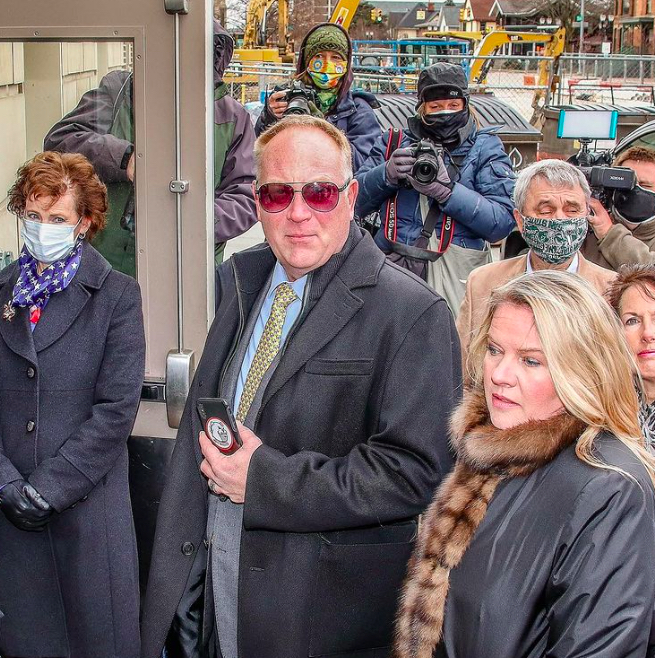 Agents conducted court authorized law enforcement activity Wednesday morning at two locations, FBI officials confirmed to The Washington Post. One was the home of Brad Carver, a Georgia lawyer who allegedly signed a document claiming to be a Trump elector. The other was the Virginia home of Thomas Lane, who worked on the Trump campaign's efforts in Arizona and New Mexico. The FBI officials did not identify the people associated with those addresses, but public records list each of the locations as the home addresses of the men.

Separately, at least some of the would-be Trump electors in Michigan also received subpoenas on Wednesday, according to a person who spoke on the condition of anonymity to discuss an ongoing investigation. But it was not immediately clear whether that activity was related to a federal probe or a state-level criminal inquiry.

One Trump elector, Republican Michele Lundgren of Wayne County, tells The Detroit News the FBI served her a subpoena on Thursday and that a fellow elector received one Wednesday.

Lundgren, who's 72, said she let one of the individuals go through her phone and computer.

Lundgren described the conversation as "long" and "pleasant."

The congressional commission investigating the January 6 attack focused on the fake-electors scheme in its most recent hearing. On December 20, the day when presidential electors meet in state capitols to formally cast their votes, multiple swing states won by Biden had groups presenting themselves as Trump electors show up and attempt to vote. In Michigan, they were turned away at the door of the Capitol in Lansing.