An armed security guard at Oxford High School failed to intervene in a deadly shooting there last fall because she thought it was a drill, and that a dying student in the hall was just wearing "really good makeup," attorney Ven Johnson said Wednesday. 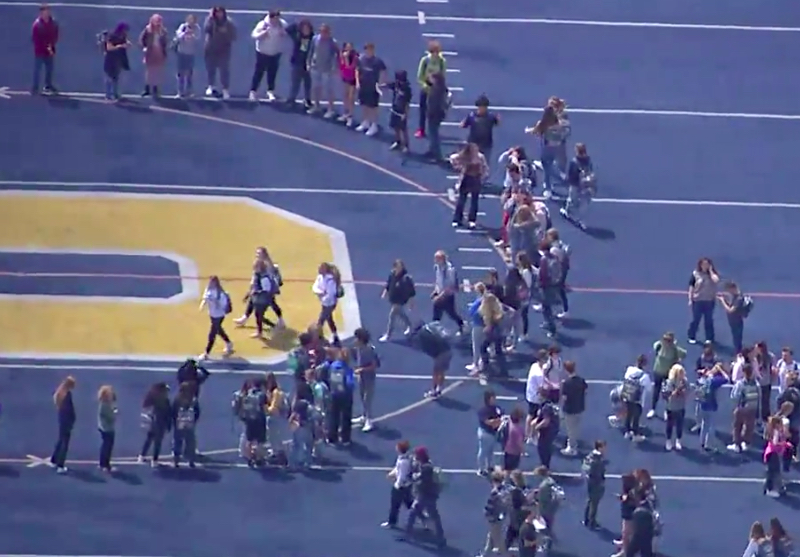 Johnson, who is representing several victims of the shooting and their families in lawsuits against the district, made the charge at a news conference. He is amending a civil suit he filed to name the security guard, a retired Oakland County sheriff's deputy.

Johnson focused on a roughly five-minute timespan during the mass shooting, its immediate aftermath and what he portrayed as several wasted opportunities to intervene and save the life of at least one student, 17-year-old student Justin Shilling.

After the first shots were fired,

..."At that time, (the guard) should have immediately turned on her body camera, called for backup and medical assistance, and taken affirmative action to expeditiously locate and confront (Crumbley) to prevent harm to other students," Johnson wrote in the proposed amended lawsuit.

The guard told investigators she assumed students were participating in an "ALICE" drill, according to the lawsuit. The drills are used to practice responses to situations involving active shooters. ALICE stands for Alert, Lockdown, Inform, Counter and Evacuate.

Johnson said the guard eventually realized the event wasn't a drill, drew her weapon and opened the door of a bathroom where accused shooter Ethan Crumbley was, along with two other students, but did not enter. Crumbley shot and killed one of the students, Justin Shilling, in that bathroom. The guard told investigators she didn't enter because she didn't hear or see anything inside, Johnson said.

The school shooting last spring in Uvalde, Texas has brought greater scrutiny to the role of security guards and law enforcement in these tragedies. In Uvalde, police waited an hour outside the classroom where the gunman was killing children and students before entering.